Poloniex Angers The Mob In Altcoin City Over SuperCoin There’s always a scandal brewing in Altcoin City. The latest controversy involves altcoin exchange Poloniex and their handling of the inclusion for SuperCoin. Poloniex implemented a voting system that allows traders who have made 10 or more trades on their system to vote an altcoin onto their exchange.

The cryptocoin that has the most votes is slated to be added to Poloniex after passing a manual review. Once the review is passed, trading can being on Poloniex.

For those who haven’t been paying close attention in recent weeks, the basics go like this. First a coin is listed on Bittrex exchange shortly after launching. Since the coin is new and the symbol has never been traded before, there’s a chance pumpers can inflate the volume and clip profits on daily trading. Once the volume hits a sufficient level, the project leaders and main pumpers attempt to move the coin to Poloniex, Mintpal, and Cryptsy. If they can do this in a reasonable sequence, they can help inflate the price of the coin each step of the way.

This basic formula has been working in recent weeks. It’s always been assumed that exchanges purchase the coin at lower values prior to announcing a listing so they can profitably sell it to traders on their system in the early stages of the next pump.

All systems were ‘go‘ for SuperCoin until Poloniex questioned the veracity of their code, which pushed their price on Bittrex down sharply. Now a number of people are openly complaining that it was all done in the name of market manipulation - in service of world famous FUD.

“I would like to point out that I did not personally review the code, as many people seem to think. The person who did has very high standards and was not thrilled with what he saw, and he was overzealous in his criticisms. When I made this post, I firmly believed that the maximum supply was inflated. My intention with going public before contacting the devs was to make sure they did not have a chance to cover up the mistake or take advantage of the issue,” he wrote on BitCoinTalk.

An inflated maximum total supply for a coin can devastate an altcoin exchange. It’s extremely reasonable that exchanges now do code reviews. However, they should probably communicate directly with the Dev team before making their issues public.

A price drop did happen after the initial post from Poloniex. One of the main reasons SuperCoin was rising in price is because the coin was about to be listed on Poloniex. Instead, a scandal ensued and with it went a whole lot of formerly-bullish BTC out the window. Whether Poloniex or people close to them purchased SUPER at this time will remain a matter of debate. Obviously they won’t admit to that, but no one can rule it out completely. Altcoin exchanges do not run very transparent operations, especially when it comes to listing and de-listing coins, so the practices they follow are kept largely in the dark. Personally, I’m willing to think the worst of them, and I’m sure most reading this message agree.

Ever since this whole thing went down the chart for ‘SuperCoin‘ doesn’t look so super after all. Keep in mind it’s also the weekend, when trade goes down in general for altcoins. But there’s no question this scandal knocked SUPER off its stride.

Like most scandals in Altcoin City, this one has turned nasty. The dirty b***ards on both sides of the equation (Pump Vs. Fud) have raised their armies and the fight is far from over. The price deflation has left many people in the position of ‘holding the bag‘ now for SuperCoin, when the move to Poloniex could have been a smooth one.

Altcoin traders have been clamoring for more ‘anon features’ for alternative cryptocoins. Whether they value their privacy or are hoping to attract tons of investment from Mexican drug cartels is anybody’s guess. The reality is, though, that nobody knows exactly how anonymous currency transfers are going to play out. In a ‘trustless‘ environment, anon features require centralization and more trust than traditional transactions. This further complicates the already-complicated altcoin landscape and makes the possibility of much greater levels of fraud more likely. Obviously, Busoni and Poloniex are on high alert for fraud. On this issue, no one can argue!

We’re keeping an eye on further developments. What are your thoughts about this latest altcoin mis-adventure? Sound off below. 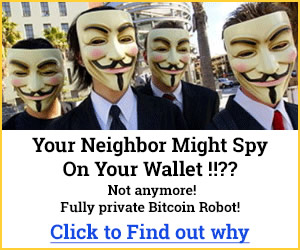