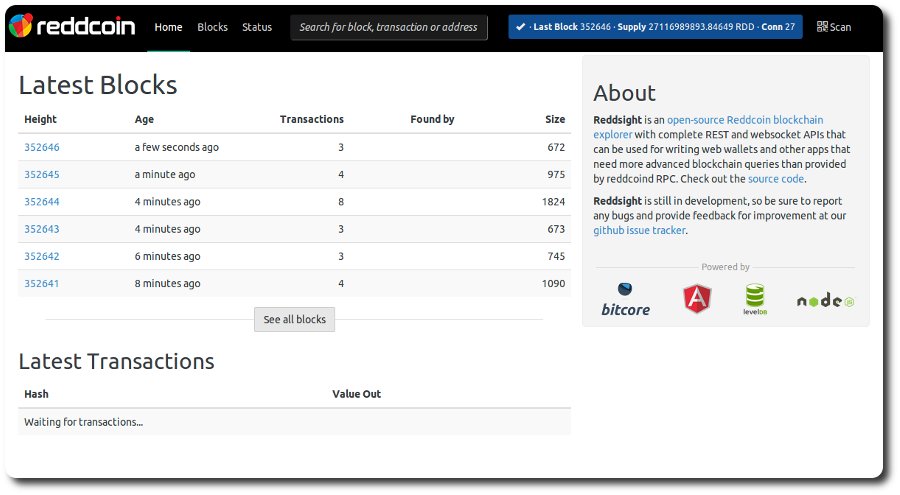 Reddcoin recently made a great stride in the coin’s development by adding an official block explorer, which is now available at their website.

If you aren’t familiar with what a block explorer is, this is basically an open record of events (blocks being solved, deposits, withdrawals, transfers) that are taking place on the coin network. Reddcoin Is The Social Altcoin

Using the records provided by the block explorer, users can then track and monitor transactions that have been processed or are taking place. Reddsight is an open source block explorer that is still in development. Reddcoin users will never be in the dark again about what exactly has happened to a block!

Since the time that Reddcoin launched, they’ve never lost sight of their goal to be regarded as the ‘social currency‘ that’s known for tipping people on various social networks.

And when I say ‘various‘ social networks, I mean it!

Currently tipping is available for Reddit, Twitch.tv, and Twitter. Tipping is extremely easy to do and Reddcoin even offers a few helpful plugins to get users started.

Reddcoin has staked their future on a social landscape. Social media sites are now ubiquitous and the massive user base represents a large potential market for Reddcoin.

The emphasis on being a social coin has paid off for Reddcoin, which finds itself among the Top 30 altcoin projects in the world with a market cap just below $1.4 million USD.

Social networks aren’t going anywhere and Reddcoin is poised to capture its’ share of users.

If you don’t have any Reddcoin, you may want to head over to Twitter and check out the #Reddcoin hashtag. There’s always someone having a RDD giveaway. If you can’t find anyone to give you some RDD you can always pick some up at most altcoin exchanges.

We’ll be keeping our eyes peeled for further developments from Reddcoin.

Thanks for stopping by and reading. If you have any comments, leave them now. You can also rate and review Reddcoin now in our new Cryptocurrency Directory.