Talk about progress. Boost was released as the first X13 altcoin. Built into that code-base is a ‘tip‘ that’s paid on every block to the developer. Now devs can forget using excuses for premines and bill miners directly for EVERY block created. In reality, this is still a pre-mine, only done over the course of mining rather than at the very beginning.

Cartoon Coin Devs, who rarely miss an opportunity to cash in on something new, have started copying the Boost code-base and releasing coins. A perfectly sad example of this is the Flashcoin “X13 Coin” which pulled a sneaky launch yesterday.

It’s not clear that this new trend has been proven successful. Sure, Boost did well. That really was the first altcoin to use X13, though. The next five hundred won’t be able to claim even that small innovation. Instead they’ll have to rely on ‘marketing tricks‘ to gain interest. That’s what X13 Coin did. The ‘Dev‘ there tried to cash in on the success of X11 Coin (truly baffling though it may be) and the hotness of X13.

One Caution For Those Who Are Copying Boost’s CodeBase

Boost uses a pubkey system for sending money from each block to the ‘Foundation.’ Those who copy the code will need to pay close attention to that bit in order to be able to replicate it successfully. Of course this constant ‘donation‘ to the ‘Dev‘ is going to grate on many people’s nerves. It’s simply another way to ensure a Dev gets paid, which up until now really hasn’t been that big of a deal.

Mammix2 has found himself having to defend the extra block. Most recently he said, “As i have said a ZILLION times before… the foundation only gets 15 coins for each PoW block, each PoS block only generates a very tine amount to the foundation. and since block 100 PoS block are also being generated, which will cut the total coin supply, basically making this whole project far more valuable!! Also the foundation coins are being spent on running this bad boy. do you think all this stuff happens for free??IMHO this has proved, that in this age where AltCoins are being created every day, Unless you have tons of cash to spare or invest (Which i don’t!) having the funds available from pre-mine and foundation sources is key to making a sustainable project.”

If that sounds like a laughably inept explanation for a new ‘billing scheme‘ to you, you’re not alone. Since he doesn’t have tons of cash to spare or invest (interesting problem for a grand global currency designer), he’ll just take it  out of the money supply as time passes. Think of him as the shop-keeper who pulls twenty dollar bills out of the cash register to buy cigarettes.

Even worse, if he gets away with it, it means the standards for launches can sink even deeper, even faster. Altcoins are already a safe haven for the con-men of the world. If they start to monkey with the code in order to make payments to themselves at will, things will finally have spiraled out of control in Altcoin City.

Mammix wasn’t just content to get an extra 15 coins for EVERY block. He also had a 1% premine, you know, for giveaways…and stuff!

It’s hard to believe that anyone on Earth isn’t aware by now that the Dev team generally not only premines and instamines, but now they’re even adding a Block Tax! Maybe being a Cartoon Coin Dev really is worth the two hours of effort! If this new concept works, you can forget having 140 Altcoin Launches like we did in May. The number could go much higher!

Thanks for stopping by! Please sound off below if you have any comments.

Altcoin Trading For Fun And Profit
Can Altcoins Fulfill Their MIssion To Change ...
NinjaCoin Loses 99.6% Of Your BitCoin Almost ...
Follow Your Own Rules When Investing In Altco... 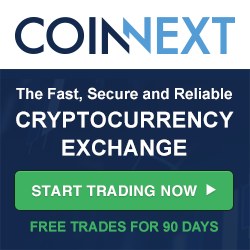