Centralization has always been a dirty word for cryptocurrency enthusiasts.

After all, Bitcoin was invented with the express intent of being a ‘peer to peer decentralized currency‘ which could not be controlled by a single party. Instead, blockchain consensus would need to be achieved in order for financial transactions to be considered completed. Bitcoin was only the start of what has become a revolution to the principle tenets of finance and business. Can SuperNet Save The Altmarkets?

Decentralized exchanges are starting to pop up as a core feature of multiple cryptocurrencies. In recent days NXT and Bitshares have picked up considerable volume. BlackHalo, DogeParty, Viacoin and others have begun to carve out their shares of the niche. Each takes a slightly different approach to the concepts behind next generation cryptocurrency. All bring real benefits that are unlike what people get with traditional financial products.

SuperNet has been catching the fancy of traditional altcoin enthusiasts as it has demonstrated the power of Decentralized Asset Exchanges. At the same time, altcoins are getting to be a tougher sell everyday.

Anyone who has been interest in altcoins for any length of time will inevitably get that ‘if you’ve seen one you’ve seen them all‘ feeling. Most altcoins offer limited cloned technology and equally reduced upside potential. Outside of a spike in trading volume and a one-time price increase, there’s very little that’s compelling to the average investor to keep them from dumping the coins. When the interest dies off, the Dev Team dies off too. They either begin working on a new coin or just reduce the time they spend on that coin because of demotivation.

SuperNet Can Help Reward Altcoins That Are Innovating

SuperNet is a NXT Asset designed to stop that vicious cycle. The idea is that ‘good altcoins‘ which have proven technological innovation will team up in a unification scheme that sees them sharing technology through a common wallet GUI. The actual underpinnings of how that will be done technically and as an asset are complex, but the core idea is simple enough to grasp. There are too many altcoins and it’s high time to pick a few winners and reward their Dev Teams so they can keep developing new innovation.

The idea is not without controversy. Since it is an IPO format there are many with hurt feelings. In the world of altcoins almost everyone is a competitor. There are numerous people who are very resistant to change. Some are very fearful about the move to next generation cryptocurrency. It could signal an end for the ‘easy money’ many of them are earning promoting the same old types of launches and coins they’ve been making money on for months. Others don’t like the SuperNet idea based on principle.

Most altcoin enthusiasts are individualists and they don’t want to be ‘governed‘ by any force, even a potentially beneficial one. Either way, SuperNet has its’ share of supporters and detractors which is par for the alternative cryptocurrency course.

Innovation Should Be Rewarded Innovation Should Be Rewarded

The big benefit for the world of altcoins so far is that SuperNet has helped shed light on the innovations that are going on with leading cryptocurrency ecosystems. Premiere projects now have a big lead on standalone altcoins. They have large communities, higher market caps, and more innovation. For new altcoins to launch into this environment is to accept the fact they’re many months behind the ecosystem projects. It will take huge amounts of man-power to potentially catch up. Even then there’s no guarantee they’ll be able to take enough market share to matter.

For those altcoins that are not doing much in the way of marketing and revenue generation but are strong on the technical end SuperNet would probably be very helpful. Business always reaches a point where consolidation of effort makes more sense than ‘going it alone.’ It’s getting tougher to find ‘volunteers‘ from the existing cryptocurrency world to help build out world class apps. In fact, it’s likely that ship has long since sailed. People expect bounties for even the smallest contributions to altcoin projects. Undercapitalized cryptocurrencies will find it increasingly tougher to compete as a system of haves and have-nots mirroring the ‘real world‘ has emerged.

SuperNet is in its’ infancy now and has a long ways to go to achieve its’ stated ambitions. The first hurdle is convincing other altcoin Dev Teams (especially those with strong technology) to ‘share‘ their tech. Another hurdle is to convince altcoin lovers to download ‘yet another wallet‘ to install and maintain. Another major challenge is trying to attract new people into the idea of SuperNet. The information surrounding the project is scattered and dense and might be largely incomprehensible to those who are only vaguely familiar with the core tenets of alternative cryptocurrency.

Right now SuperNet is a first draft that is taking baby steps. It has caught on with investors and sold very well. The capitalization will help the project overcome the challenges. As more people begin to work on SuperNet the product will gain polish and flair that doesn’t exist yet. The rest will be up to the marketplace and altcoin fans to decide. It’s definitely worth consideration as a new concept in altcoins.

We’ll be keeping our eyes peeled for more developments.

Thanks for stopping by and reading! Feel free to sound off on SuperNet below. 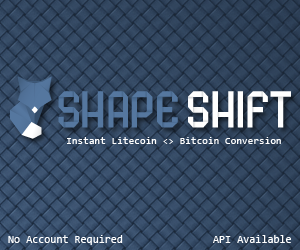