Buying hardware for mining Bitcoins and other virtual currencies just got a little bit easier. 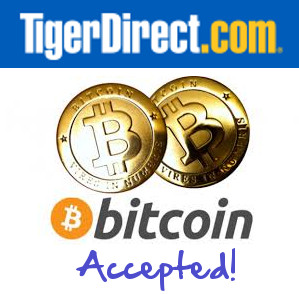 Tiger Direct, a major online seller of computers, hardware and computer parts, now accepts Bitcoin to pay for purchases at their website.

This announcement is actually great for anyone that has a Bitcoin wallet, even if they aren’t actively mining for the crypto-currency.

“TigerDirect has always been on the forefront of alternative online payment methods and delivering the most convenient ways for our customers to shop. With individuals building their own high-powered PCs with parts offered on our site to mine Bitcoins, it’s a logical fit.”

People that are involved in mining Bitcoins or other virtual coins can pick up mining essentials such as AMD video/graphic cards, power supplies for rigs, CPU’s and Processors as well as barebone desktop computers and other supplies for mining.

People just getting started or with an interest in Bitcoins can quickly find  recommended equipment to get started.